Far Edge vs. Near Edge in Edge Computing

Far Edge, Near Edge, Enterprise Edge, IOT Edge... with so many definitions for Edge computing infrastructure, at times novices become edgy. Traditionally, edge for a telco service provider was the central office (CO). However, the definition of edge today is getting extended to the base stations. Computing infrastructure is getting deployed under the base stations, to be called as Multi-access Edge Compute (MEC). In March 2017, during the Mobile World Congress event, Mobile Edge Compute was rechristened as Multi-access Edge Compute, sensing the relevance of the mobile edge compute infrastructure to non-mobile use cases. Recently, Edge Computing has become the defacto name for the edge cloud computing infrastructure. Though the name carries "computing", it also includes storage and networking capabilities. This article will help the readers to understand the difference between Far Edge and Near Edge. (Also read: Differences between Cloud, Fog and MEC) 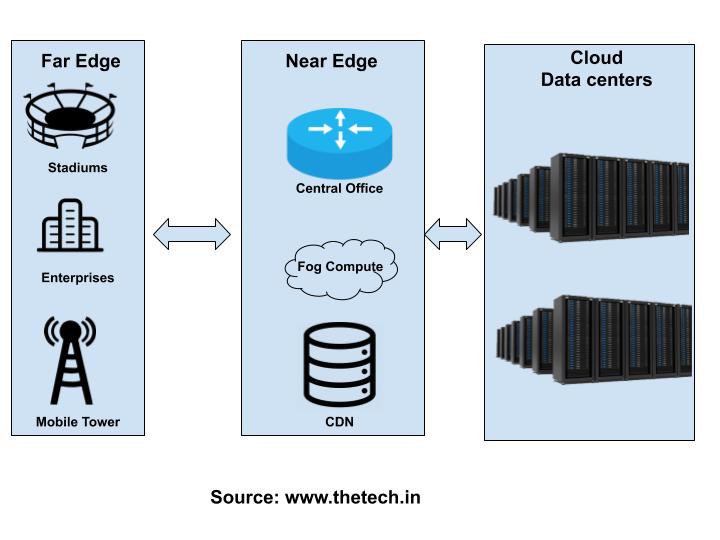 What is Far Edge?

What is Near Edge?

What are the criteria to use to decide the edge location to run your applications?

There are a number of factors which are evaluated to decide where to host a given application. Some of the criteria are: